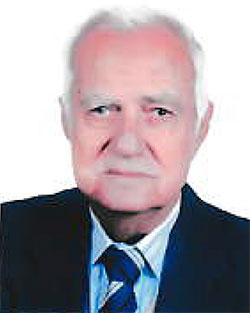 We can all read the following headline:

This young man escaped death through a prophecy by Dr. Dahesh!

The details are as follows:

Citizen Chafiq Mukaddam spent the evening, as he usually does, with his neighbor, Mustafa Al-Khatib. During the exchange of dialogue about a number of issues at the neighbor’s home, Chafiq happened to mention the supernatural powers of Dr. Dahesh. The neighbor did not share the opinion of his visitor about “Daheshist” powers and actually went beyond the casual dialogue to the point of attacking Chafiq verbally. Chafiq’s efforts to convince his neighbor to the contrary were futile and did not produce the desired impact on the psyche of Mr. Mustafa Al-Khatib. This incident took place on Wednesday, July 29 of last year. On Thursday, the day after the dialogue with his neighbor, Chafiq received a telephone call: -

Yes, who is this?

-This is Dr. Dahesh.

-I would like to thank you for the position that you have taken towards me yesterday during your conversation with Mustafa Al-Khatib and I would like to ask you to forgive him.

We said to Chafiq Mukaddam: Did the conversation end there?

-I am ready to go with you to the home of Mustafa Al-Khatib so that he can touch the irrefutable proofs of the miraculous power with his own hands and to make him feel with his own heart and senses without doubt or confusion.

We said: How did you answer him?

-I pleaded with Dr. Dahesh to forget about the visit to Al-Khatib because of his bad health—he had a history of strokes.

At that point, I visited Dr. Dahesh in his home in order to repeat my plea of not visiting Al-Khatib.

-On a piece of paper that Dr. Dahesh had pulled from his drawer, I read the exact conversation and discussion that took place between Mustafa Al-Khatib and myself. I read it line by line—actually, character by character and it was identical to what had taken place. However, towards the end, I was shocked to read the following paragraph:

“Mr. Mustafa Al-Khatib will face a horrible incident because whatever he had mentioned to you had nothing to do with the truth, rather, it was a fabrication of his wild imagination. I would have wished that he had investigated the truth of the matter before jumping to conclusions…”

We asked Chafiq: What happened then?

-The greatest and most painful surprise was that two days after I had talked to Dr. Dahesh, Mr. Mustafa Al-Khatib passed away. What was so strange about the whole thing is that his death resulted from a ruptured ulcer and not from a stroke.

How did you feel about the death of your neighbor?

-I did not move or utter a single word. I was completely silent.

Did another incident assured you of the accuracy of Dr. Dahesh’s prophecies?

Chafiq Mukaddam responded: On Monday, August 7, 1964, I was present at the residence of Dr. Dahesh along with my wife, Rabab and also present was Dr. Farid Abu-Suleiman, when we all noticed Dr. Dahesh to be in a “Spiritual state.” Dr. Dahesh asked Dr. Farid Abu-Suleiman to write for me the Holy Ramz and have me sign it. In the Ramz he was asked to write down a request to have the horrific car accident, that I am expected to be involved with, be lifted. When he finished writing it, he passed it on to me so that I can sign it…we both signed it. No, doubt, I was afraid that an accident would happen to me—especially after what I have seen happen to the late, Mustafa Al-Khatib.

Did the accident take place?

-I was returning from Al-Nabatiyeh, in Southern Lebanon, around 11:30PM on Thursday night when I noticed a disabled truck in the middle of the road with a muddy spot in front of it. I was driving at a speed of about 130 kph around the curve and couldn’t control the vehicle. I was face to face with an imminent horrific accident and imagined death awaiting me. I remembered the accident that Dr. Dahesh had prophesied and his promise to save me from it. Both, my family and I screamed… How we were saved and ended up on the other side of the road without any harm to my family or to myself is beyond me…I just don’t know!

All that I know, a hidden Power took the car that I was driving from one point and placed it somewhere else! I then became certain that a Spiritual Assistance took place—as was promised to me—and saved my family and I from imminent death.