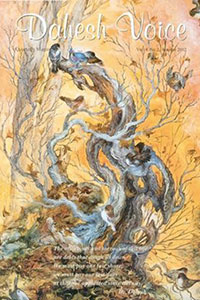 High levels of education and technological inventions have become a necessity for survival and advancement. All developed countries have realized that no nation can withstand strife and succeed unless it is equipped with intellectual as well as material powers represented by science and technology. This necessity, however, imposes a great responsibility on the states to establish institutions for higher education and provide them with modern laboratories and high-tech plants. It is also the responsibility of all scientists and scholars, driven by conscience and by spiritual and humane values, to gear their knowledge and its applications to benefit all humankind, and help spread peace and cooperation. Otherwise, following their own whims. prejudices or material interests, scientists would increase turmoil in the world and expedite its destruction (Sec Ar Sec. Dr. Brax. p. 7).

However, the sciences and humanities can only flourish and prosper in an environment of intellectual freedom. which has room for multiple cultures and various opinions Civilizations progress with dialogue, intellectual interaction and openness to new and useful ideas, whereas isolation leads to suffocation (See Ar. Sec. Dr. Nashif. p. 20)

It is noteworthy that in its golden era (which extended from the early 9th until the end of the 13" century A.D.). the Arab World enjoyed a relatively high level of freedom of thought and speech, which enabled interaction among different civilizations and diverse cultures, and allowed the use of rational methodological approaches. This freedom resulted in the emergence of many geniuses, whose influence contributed to Europe's ascension from its Dark Ages in the 14" century That intellectual and scientific

As the intellectual openness of Europeans to philosophic and scientific achievements of the Greeks, Romans and Arabs led to the Renaissance the openness of some Arab scientific and literary achievements of the 19th century stated an Arabic revival, with Beirut showing some of its manifestations (See Ar. Sec. D Haouili p. 62). However, totalitarian governments bolstered by sectarianism, tribalism or partisanship did not allow Western factors to produce long lasting good effects. The momentum of the Arabic revival did last long. Creative mind that were at the world-class level virtually disappeared to the intellectual arena, particularly from the scientific fields. Even Arab history, literature and beliefs were mostly explored and discussed by Orientalists, each according to his drives and purposes, except for a few objective and impartial scholars (See Ar. Sec. Khoja. p. 67).

Furthermore, the press, which is supposed to be a form for authentic facts and is beacon to public opinion, came under the control of political leaders or other financing bodies so that hard free and bold voice could be found except overseas. As an example, I mentioned (p. 7) the strife of Gibran Massouh the owner of Al- Mokhtasar in Argentina, Professor R. A. Popp discussed the mission and message of al-Funun, a pioneer and Arab American newspaper, that had no parallel in the Arabic periodical world (p 20). Dr G. El-Hage as well unfurled forgotten pages of Al-Risalat, an unsung Arab-American newspaper (See Ar. Sec p.32)

This issue includes another interesting article an analysis of Samson Agonistes, a famous poem by the poet genius, John Milton, in which Dr. Sarru’ tried to relate the events of Samson's life to those of the poet himself (p. 8), and a noteworthy poem by A. Araji. (Ar Sec. p. 60) Finally, as usual, the reader will find a fascinating short story by Dr. Dahesh, filled with edifying lessons on hope anticipation, and love (p 34), along with an excerpt of The Song of Songs which D Dahesh expands pouring into at his sensitivity and abundant love of beauty” (p. 4)*