Testimonial of the lawyer, Shafiq Sardouk 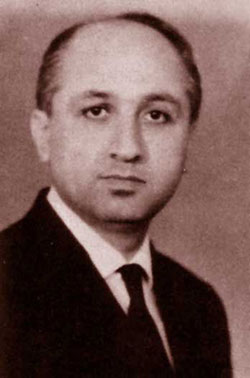 Testimonial of the lawyer, Shafiq Sardouk

This testimonial appeared in “Burooq Wa Ru’ood,” issue 3, year 1, 1968. I have paraphrased whenever possible.

I was a high school student when I heard of Dr. Dahesh for the first time and since then, I anxiously awaited reading more about him in newspapers and magazines. The combination of diminishing public coverage, over the years, of Dr. Dahesh and the natural change in human perception of important issues could not stop me from remembering and appreciating all the coverage he received in the media—coverage that filled many pages of some popular local newspapers.

Since then and from time to time, I would feel the desire to meet with Dr. Dahesh, the enigma. However, fear from anything spiritual prevented me from acting on my desire. During the period of my life when I was 15-20 years of age, I had fears that Dr. Dahesh may not be a normal human being. I believe such reasoning is not unusual for someone at that age faced with issues that cannot be explained scientifically by anyone—especially when they are older and more educated than him. With the passing of the years, chance had it, that four years ago, I met Dr. Dahesh at a friend’s house. For me, the big surprise was that I found him to be calm, polite, intellectual, and realistic. He talks and walks gently, calls for decency, to do good, and to avoid improprieties and he speaks only when he is spoken to. I was under the impression, prior to my meeting with him, that he is a person to be fearful of, however, after our first meeting, my perceptions were reversed and I felt at ease.

Since then, I had several meetings with him based on my request or the request of a friend, brother, neighbor, or a fan. I also had the opportunity to be involved with three Spiritual Sessions. One Spiritual Session took place in the house of one of his fans, in Syria Street and attended by my friend, [the judge] Mahmood N’aaman, and the [judge] Mahmood Al-Biq’aai. During this Session, the Spirit through Dr. Dahesh changed a lottery ticket with a losing number to a winning number with a prize of 10,000 Lebanese Pounds. The reader may wonder had he attended the Session that no such a thing would have taken place because he’ll be able to recognize the “trick.” However, such a thought passed through our minds and we took all precautions. All three of us were sitting on one side and Dr. Dahesh was sitting on the opposite side. I also would like to believe that we were intelligent enough not to allow something of ordinary nature pass by us. However, what took place was not of ordinary nature and the newspapers wrote about this incident that caused a major controversy. The way this “operation” took place was by reciting Daheshist prayers and then by burning the “Ramz” and as a result, the winning lottery ticket came out. This was truly an amazing act!

This act was unusual and even so, I did not display any marks of appreciation on my face. Dr. Dahesh recognized this, so he approached me to ask what I thought. I am sure he read the answer on my face because he continued the Session by doing other wonderful performances and by conveying information that made us even more puzzled. To look for news and stories about Dr. Dahesh and his wonders is a thrill. I once asked Dr. Dahesh if he is a Prophet and he said: “I don’t know, however, I feel that I am endowed with powers that I cannot explain and I am requested by the Spirit to accomplish a mission. I am striving towards this goal without requesting compensation or thanks, because it is God Almighty and not I, that deserves the credit.